Arindo has been working with WordPress for many years, creating plugins, but he’s quite new to WordCamps attending his first WordCamp in 2017.

His story is about jumping into the WordPress community even if you think that it’s not.

Arindo was not sure that WordCamp would be for him. He was a little intimidated with the community and did not know if he wanted to engage. But in 2017 he decided that the time was right. Not only did he attend a WordCamp, but he decided that he was going to all-in and speak at that event too!

To his surprise the organisers accepted his proposal and so now he had to go. He was nervous, but could see that the event was really well organised. People kept making sure that he was feeling okay and that reassured him a lot and reduced his anxiety.

He talked about MultiSite and although he feels like the talk that he gave was a little too niche, that did not put him off and he’s now a seasoned WordCamper!

Now he’s involved in getting a WordPress Meetup off the ground in the town where he lives. Already he’s got 35 people attending, which is really great. 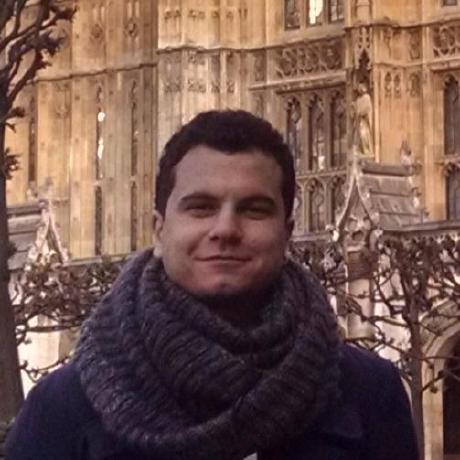 Arindo is a Brazilian WordPress developer. He’s been working exclusively with WordPress for many years. WP Ultimo is…

Micah Dailey: 00:00 Hi and welcome again to the PressForward podcast. Micah Dailey here bringing you episode number seven of PressPause, especial collaborative mini series by WP and UP and WPMU Dev over the last month, Nathan Wrigley and I have been on a mission to find and get on the line with WordCampers, Aka folks who have attended WordCamps because well, we wanted to hear their stories. We wanted to hear the standout moments and the memories that have stuck with them past the camps they went to PressPause as a segment inside the bigger story of the PressForward podcast. It’s an effort dedicated to encouraging listeners to slow down, pause and remember that you’re not alone. At its core, WordPress is made up of real people like you, and that truth is experienced in all of its glory at gatherings like WordCamps. WordPress is community is broad, rich, and diverse, and we hope to show just a glimpse of that throughout this series. So if you haven’t heard the other six episodes of PressPause, I’d like to encourage you to go back and start from the top. And don’t forget to subscribe because we’re sharing a new episode every weekday in the two weeks leading up to WordCamp Europe 2019 all right, cool. So let’s dive in.

Micah Dailey: 01:27 This addition of PressPause is brought to you by WPMU Dev, you may be familiar with WPMU Devs plugin Smush, the queen of image optimization, but did you know that a WPMU Dev membership gives you the whole kit and caboodle when it comes to managing, securing, branding, and optimizing your WordPress sites? You can save time by managing all of your websites right from the hub. Try out the team of super plugins, including hustle, hummingbird, formulator and more and get 24 seven access to the all things WordPress support team. Visit WPMU Dev .com today to start your 30 day free trial. Okay.

Micah Dailey: 02:20 Ever since I made my grand entrance into WordPress last year, I’ve made a surprising amount of friends through Twitter of all places and that is exactly how I first connected with today’s guest.

Arindo Duque: 02:33 So my name is Arindo Duque, I’m from Brazil. Uh, I’ve been working with WordPress almost exclusively for the past five years or so. And I’m the developer of a plugin called WP Ultimo.

Micah Dailey: 02:49 Like Arindo said, he developed a plugin called WP Ultimo that allows you to create your own website as a service platform. But despite finding a career, WordPress five years ago, it took him a bit longer to find a community in WordPress. Do you remember what your first WordCamp was?

Micah Dailey: 03:38 Awesome. So, uh, let’s jump into your story. What’s, what’s the story that you wanted to share, um, in regards to WordCamps and what stuck out for you?

Arindo Duque: 03:49 I’m sure. Um, as I said before, uh, I’m, I’m working almost exclusively with WordPress work past five years or so. And it, it took me a while to go to my first WordCamp. And the reason is because for some reason in my mind, I had this idea that the WordPress community was, I’m not sure if for some reason the word, the word press community was super intimidating to me. So that’s why I was always putting off. So maybe next year old logo, but in 2017 I decided that I needed to take action and, and I decided that not only I was going to go to the work camp, but I was also going to send a talk proposal.

Arindo Duque: 04:54 And to my surprise, they actually accepted the proposal. So, uh, yeah, I’m not really good at dealing with anxiety, especially when I’m going to be like the center of, of the attention it. But the thing is, I was really nervous on to the event started because I got to see firsthand how the organizing team, uh, was working so hard to make that event the best event possible.

Arindo Duque: 05:28 And how the volunteers were, were always like asking me if there were something that they could do to help. And yeah, it, it quickly, all the anxiety went away really quickly and it was an amazing experience. And how did your talk go? Eh, I think I went a bit too specific. I chose speak about something that I’m familiar with, which is WordPress multisite. And not a lot of people even know that multisite is a thing. So yeah, uh, it gave me a lot of good ideas because based on the feedback from that first talk, because at the end of the talk we had like a little Q and a session and I realized that most of the questions were pretty basic things about multisite then I just assumed everybody know about already. So next year on the next a WordCamp Sao Paulo, I sent another talk proposal this time, uh, trying to address the basic aspects of a multisite.

Arindo Duque: 06:42 And it was, the result was actually pretty good. That’s awesome. What happened after your first WordCamp? What was kind of the, the aftermath? What did, what did it inspire you to do? Um, so now that I knew that the WordPress community was this amazing thing, uh, I really wanted to be a more active bar of it. So one of the talks that I attended on my first WordCamp, uh, was about how, uh, to organize a local meetup when your city yeah. And, and we didn’t had one here in the city that I live in. So as soon as I got back home, I started to see, uh, what the steps were to organize a meet up. And now we have, uh, our own small WordPress community. Here. We do our own meetups. We try to do, do it, uh, at least, uh, every other month.

Micah Dailey: 07:53 That’s so cool. That’s great. And how many people do you think come out to those now?

Micah Dailey: 08:05 I think that’s great. That’s a good crew right there. Yeah. Wow, that’s impressive. Very cool. So, so your first WordCamp kind of inspired you to come home and and see how you could implement what you had seen and, and, and learn that you’re at your WordCamp experience.

Arindo Duque: 08:23 Yeah, pretty much. I knew that we had a lot of developers here. We had, there was a lot of tech it workers here, but there wasn’t really an event that could put all of those people, uh, in the same room. Yeah. And Yeah, and I felt so good during that period that I wanted to bring a piece of that to people working with WordPress here in my city,

Micah Dailey: 09:04 For many people, the greatest barrier of entry to a community is intimidation. What if I’m not accepted? What if I’m too late? Or what if I have nothing to offer? And those are real fears and concerns. But on the other side of the coin community also has the ability to open us up. Just look at Arindo’s story. Five years ago, he released his plugin. Three years later, he decided to go to his first WordCamp, not as an attendee, but as a speaker, talk about diving in headfirst. He felt like his first talk went over people’s heads. So he learned from his experience and came back as a speaker again the following year with a clear presentation. Then after hearing a talk on how to start a local meetup group, he went home and began bringing wordpressers together in his city. It’s bravery and stories like Arindos that remind me that sure community is risky, but maybe our preconceptions aren’t always reality. If you were to kind of give a pitch or invite somebody to WordCamp, how would you, uh, you know, talk somebody into giving WordCamps a try.

Arindo Duque: 10:15 Hmm. Uh, it’s really hard to explain, but I think that the only way to really know what a WordCamp is like, uh, it’s like going to one, you’ll see that every a preconception that you had about how the community works and how people, uh, treat each other. Uh, you’d be surprised because people are really, really kind and generous and they are genuinely interested in the things that you are doing and, uh, the exchange of ideas and the things that you learned on the talks. Uh, yeah, it’s, uh, it’s a awesome experience.

Micah Dailey: 11:25 The PressForward podcast is a production of WP and UP. The PressPause mini series is a collaboration between WPMU Dev and WP and UP. Nathan Wrigley and me, Micah Dailey produced this episode and I created the original score, a big, big, big thank you to Arindo for sharing his story with us today. And thank you all for listening. Remember that together we can PressForward.